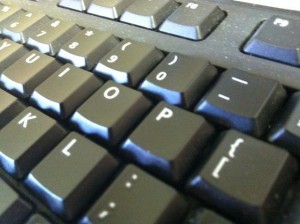 FOIMan despairs of the way the care:data project is being handled.

Care:data has literally kept me awake at night. Six months ago I wrote a piece which referenced care:data as an example of what I perceived to be a knee jerk reaction to any proposal to share personal data. That was a mistake. But that’s only part of the reason for my angst.

I still think that data protection practitioners need to be careful not to be known as “Doctor No”. I do worry that often, through a polarisation of views on these issues, there is a risk that “the baby is thrown out with the bathwater” in projects that involve personal data processing. And I also worry that because of the polarisation that happens, the debate – or argument, as too often it can be categorised – becomes bitter and often personal.

I have been concerned, and remain concerned, that it has been impossible for patients, practitioners and others to get to the bottom of what is happening with care:data. This is not just because of the failings of NHS England, who of course bear the primary responsibility for the problems that have emerged. But I have also felt uneasy about the information coming from opponents of care:data which has been one-sided, often verging on propaganda (for example, posters for GPs to place in their surgeries explaining only why patients should opt out are not really “informing patients” in my view). I also question whether activity that verges on trolling of NHS representatives on Twitter and elsewhere is the best way to make the case for privacy. These activities have alienated me, and perhaps many others who might have been persuaded by a more balanced approach (though I was pleasantly surprised to find that Phil Booth of MedConfidential and Nick Pickles of Big Brother Watch came over as measured during today’s committee hearing, and didn’t respond to the bait laid by some MPs asking them if they were insisting that care:data be made “opt-in” only).

But the truth is that just from watching this afternoon’s Health Select Committee session on care:data, it is clear to see that there are major problems with the project. They go way beyond communication – though that has been lamentable (no, I didn’t get the leaflet either). The witnesses from NHS England and the Health and Social Care Information Centre in particular were very poor. It was not unexpected that the MPs would want to ask about the disclosure to the Actuaries society reported in the Telegraph. So why wasn’t Max Jones of HSCIC better briefed beforehand? It is simply incredible to claim not to have any information on it because it happened when the organisation was in a previous form. There was time to establish the facts before the hearing. Tim Kelsey and Daniel Poulter appear to be in denial about problems, and despite promising to listen seem to have wax in their ears. “I don’t trust the performances I’ve seen here today” said one MP and I’m with her on that.

Agonising is the appropriate word to describe my attempts to make sense of care:data, so God help patients who haven’t been reading about it. Today’s committee wouldn’t have helped, with both MPs and witnesses appearing confused. Even the Information Commissioner’s Office has given conflicting statements on the project (within 48 hours they went from being satisfied with the communication of the project to dissatisfied, somewhat incredibly). My gut instinct is that I want my data to be used for medical research for the reasons articulated by Ben Goldacre in his brilliant article for The Guardian at the weekend. But unless NHS England, HSCIC and the Department of Health get their acts together, even I’ll be wanting to opt out. And that’s if it doesn’t get axed, which based on today’s performance is increasingly likely. It could well lead to this baby being pitched right out on its ear.