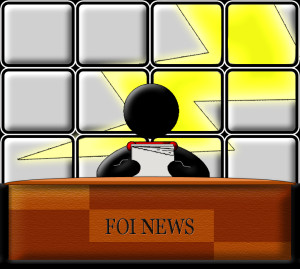 FOIMan highlights the latest news stories around freedom of information and information rights.

Section 11 of FOI requires public authorities to make information available in a form specified by the requester if “reasonably practicable”. Up to now, the accepted view of the Information Commissioner and public authorities has been that this merely allows a requester to specify whether the information should be supplied in paper or electronic form. This latest decision – which sets a precedent that the Commissioner and future Tribunal hearings will have to follow – rejects this. Lord Justice Underhill took the view that format is “an aspect of the “form” of the information.” So in future public authorities will need very good reasons not to provide information in a particular format (e.g. Microsoft Excel) if it is requested in that format. A more detailed analysis is provided by Christopher Knight on the Panopticon Blog.

In a controversial decision in 2012, the First-Tier Tribunal ruled that the names of members of a “Youth Council” set up by Surrey Heath Borough Council should be disclosed if their names appeared on a Facebook page that had been set up for the Youth Council. The view was that because the names had been made public, this meant that the council members had no right to protection of their identity. The Upper Tribunal’s decision in Surrey Heath Borough Council v IC & Morley (this copy of the judgment is available via the Panopticon Blog) overturned this view. Judge Jacobs argued that the FTT had been too simplistic. For example, he pointed out that there was no evidence that the individuals had agreed to their names being published on Facebook. In most circumstances where public authorities are considering the disclosure of personal data, they have to assess whether there is a legitimate interest in making it available and whether disclosure would cause the individuals concerned unwarranted prejudice. Judge Jacobs concluded that there was no legitimate interest in the publication of the names. Although he ruled that the information should be withheld in this case, he did make clear that this was based on the facts in this particular case; he also set out a useful test for future decisions involving the personal data of young people.

The Openness of Local Government Bodies Regulations 2014 are the latest attempt by Eric Pickles, Communities Secretary, to further open up local government. Councils have to allow filming of council meetings and “reporting and providing commentary on proceedings at a meeting, orally or in writing, so that the report or commentary is available as the meeting takes place or later to persons not present” (or more succinctly, they have to allow people to live-Tweet from meetings). In addition, local authorities have to record certain decisions and make them available. The regulations make it a criminal offence to obstruct or refuse a request for such a record of a decision.

Blogpost of the Week

Giles Peaker writes on the Nearly Legal housing law blog about the possible implications of the Openness of Local Government Bodies Regulations 2014.

FOIMan can deliver training in Freedom of Information, Data Protection and other information rights issues in your own premises. Get in touch for further details.