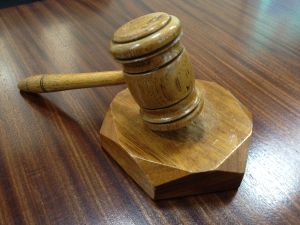 Following the awful tragedy that unfolded at Grenfell Tower, there have been a lot of questions asked of the local council, the Royal Borough of Kensington and Chelsea (RBKC). Yesterday (29 June 2017) the council held a Cabinet meeting which began and ended in controversial circumstances. I was subsequently asked by a follower on Twitter about the relationship between FOI and attendance at council meetings.

The short answer is that there is none. FOI gives a right of access to information held by public authorities. It doesn’t regulate access to meetings.

The longer and more helpful answer is that FOI forms part of a range of legal requirements that ensure that local authorities like RBKC are accountable. I’ve written previously about transparency rules in local government. In relation to meetings of the RBKC cabinet, the Local Authorities (Executive Arrangements) (Meetings and Access to Information) (England) Regulations 2012 are, I believe, the relevant rules. I won’t go into whether RBKC were entitled to exclude the media from the meeting in this case as a) I don’t claim to be an expert in this area, and b) it’s already been dealt with by a legal ruling which ruled that the Press had to be admitted. But if you’re interested in what the rules are, the regulations I mention above may be of interest to you.

From my point of view, one of the most interesting issues is that RBKC are the latest organisation to discover that the perception of secrecy can be just as damaging, if not more so, as the revelation of embarrassing information (interestingly a theme explored by Dr Ben Worthy in his recent book on The Politics of FOI, which I thoroughly recommend). As one MP in their maiden speech said:

The public has the right…to know what its elected representatives are doing…Publicity is the greatest and most effective check against any arbitrary action.

The MP was Margaret Thatcher, and she said this in 1960 in support of a Bill to allow the Press to attend council meetings.