FOIMan explains why he is worried for the future of FOI as a result of the Justice Secretary’s comments yesterday. 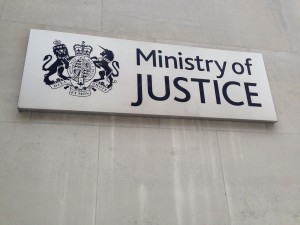 News reports over the weekend suggested that the new Justice Secretary, Michael Gove, was planning a renewed attack on FOI. Well now we know for certain.

Speaking in the Commons yesterday, Mr Gove responded to questions from MPs about the media story that he thinks “we do need to revisit the Freedom of Information Act.” I’ve indicated before that I thought FOI would receive more attention this Parliament, but Mr Gove’s comments are particularly concerning as they seem to indicate that he is inclined to go further than the news stories suggested.

Anyone familiar with recent FOI history will have expected that this majority Conservative government would attempt to amend the fees regulations to make it easier for requests to be refused on grounds of cost. Indeed such an intention was expressed nearly three years ago when the government responded to the Justice Select Committee’s post-legislative scrutiny of FOI. The fact that the last government failed to follow through on its intentions appears to have been the result of a rearguard action by Liberal Democrat ministers.

Furthermore, David Cameron indicated after the Supreme Court’s ruling over Prince Charles’ letters to ministers that he wanted to change the law to reinforce the ability of the government to veto FOI disclosures. With the inconvenience of a general election out of the way, it would appear that there is little to stop his Justice Secretary from pursuing this desire now.

When the news stories emerged over the weekend, I paid little attention. As I’ve suggested, these moves were always likely now that internal opposition has been removed. I’m not happy about the idea of an enhanced veto or reduced cost limits, but I had already conceded to myself that such changes were probably inevitable in the current political climate.

However, Michael Gove’s comments yesterday appeared to indicate that he wants to go further than the “two-pronged assault” predicted in the media. He said:

“It is vital that we get back to the founding principles of freedom of information. Citizens should have access to data and they should know what is done in their name and about the money that is spent in their name, but it is also vital that the conversations between Ministers and civil servants are protected in the interests of good government.”

Mr Gove appears to be making a distinction between “data” such as how much is spent by a government department, and “information” which might include correspondence between government officials. This suggests a far more draconian restriction on FOI than we had been expecting. It seems likely that the exemption protecting the formulation of government policy may come under scrutiny. At present, the exemption is subject to a public interest test, which means that on occasion – not regularly – government departments are ordered to disclose such information by the Information Commissioner or the courts. The most likely change therefore is that the exemption may be made absolute – more difficult to overturn. As the Campaign for FOI has commented, this would be bad enough and would chip away at the fundamental principles of our current FOI law. But it is hard to discount anything from Mr Gove’s comments, which appear to suggest that this “review” of FOI may be more comprehensive than many had suspected.

Mr Gove’s comments are particularly ironic bearing in mind that he made them on the same day as a speech in which he argued that:

“The rule of law is the most precious asset of any civilised society. It is the rule of law which protects the weak from the assault of the strong; which safeguards the private property on which all prosperity depends; which makes sure that when those who hold power abuse it, they can be checked; which protects family life and personal relations from coercion and aggression; which underpins the free speech on which all progress – scientific and cultural – depends; and which guarantees the essential liberty that allows us all as individuals to flourish.”

It appears now that we breathed a premature sigh of relief in 2012 when the Justice Select Committee’s report turned out to be more supportive of FOI than we had expected. The biggest threat to the UK FOI Act is here and now.

Whatever your interest in FOI, if you believe that it ought to be stronger, not weaker, consider supporting the Campaign for Freedom of Information. Over the coming months there will be other ways to express our views, but ensuring that the Campaign can bring its expert knowledge and determination to bear is a good way to start.